There are companies for most letters of the alphabet so far, but “Z” is missing one. So here is one that I have been invested in for a while now. Yet another O&G sector one. I don’t only invest in this sector.

ZPHR, as can be seen from the presentation and video links I share below is a US based O&G company that as far as I can see, so far, has an excellent management team. We know how important this part of any investment is in the equation. Unlike TXP they seem to stick, most of the time, to timelines. 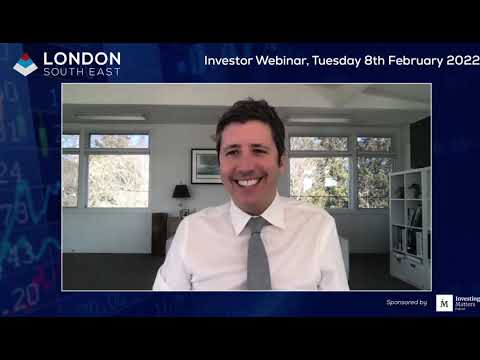 The share price had a nice run on Friday in response to an RNS update released about their Willison Basin operations where this information was shared:

Q1 2022 production update
*> *
> Q1 2022 operational production rates from the Company’s Williston Basin portfolio averaged 1,643 boepd net to Zephyr, according to field estimate data.
*> *
> Further volume and price data is expected to be published quarterly once detailed production and sales information becomes available.
*> *
> Net cash receipts to Zephyr in March 2022 were circa US$6 million. This reflects production revenues accrued to Zephyr from its existing portfolio as well as from the Acquisition.
*> *
> The Company has not currently hedged any production to date but is planning to hedge a substantial portion of its forecast non-operated production in the near future.
*> *
> Background
*> *
> Zephyr began the 2022 calendar year with WIs in 15 non-operated wells on production. Following completion of the Acquisition, which completed on 17 February 2022, the Company acquired additional WIs in 163 producing wells. 7 additional wells came online during the first quarter of 2022, giving the Company WIs in 185 wells on or available for production.

More news is expected shortly on an eagerly awaited Competent Persons Report (CPR) on their operated Paradox Basin operated assets in Utah, particularly the recent successful drill and completion of the State 16-2LN-CC well in Q4 2021 where they used a new horizontal drilling technique to achieve best results. More details to come on this in their awaited updates.

As can be seen from the above links the BOD are innovative, eager and reliable. Mention is made of their close working association with various government bodies and the plans for their gas finds to be used in the crypto arena. So, I believe this is another one that could do very well over the long term even at the current 7.2p offer (+9.2% on Friday). The CPR, should it prove as expected or even better, could well be a further catalyst.

For more information, and another view, here is the just released Turner Pope research note for ZPHR too: https://mcusercontent.com/d9ebd7c1aa0f3dbc5fab42eca/files/a86286ae-dde5-d834-306c-e7e3978691e1/ZephyrEnergyplc_ResearchUpdate_8April2022__FINAL_BG.01.pdf

Simple question for me - why does a company that owns U.S. assets list in London? The capital markets in the U.S. are hardly under developed, after all.

There could be a good reason obviously, but that’s the first question I would ask here.

Change of name of existing company & new management team. I was never invested in Rose so no idea about that company as it existed. Looking to the future, not the past.

This text also covers the subject:

Zephyr Energy plc (LON:ZPHR), the former Rose Petroleum plc, underwent a significant transformation during FY 2019. Changes included more focused geographic and sector strategies, a restructuring of the existing asset base, an augmentation of the senior management team and turnover in four of the five board positions. In July 2020, in recognition of the changes made, shareholders voted to approve a change in the company name.

The change from Rose Petroleum plc to Zephyr Energy plc was made effective on August 5th, and the ticker from that point forward is LON:ZPHR.

Well the news from ZPHR last week helped it gain a little. Hedges are now in place “with BP Energy Company (“BP”), one of the world’s leading energy trading houses, as the hedge counterparty” to ensure over US$30 million of forecast revenue over the next two-year period. The next news and it could be as early as tomorrow per the last RNS which stated “early next week” could be big news. It is the long awaited CPR on the Paradox project. I will either be very happy this week if the news is good and the reaction is positive or rather disappointed if it is a damp squib! Find out very soon.

Well, the long awaited CPR arrived as stated by the CEO early this week. So he kept his word on that which is good. The only problem is that the reaction, possibly placing shares being sold, to a very good RNS is going the wrong way. We are negative and not showing a positive day as far as the share price is concerned. The news was good though and the potential is enormous. Here is the latest interview for anyone interested: Zephyr Energy’s Colin Harrington says new CPR confirms “huge value and scale” at Paradox project - YouTube