What Did You Buy/Sell This Week?

Assuming you were able to buy or sell that is. Many broker websites crashed due to the sudden rush to trade when the vaccine news was announced.

I did not trade at all, as I much prefer to buy and sell in quiet markets than panic trade with everybody else. But I would be interested to know how you acted during what appeared to be a notable market ‘switch’. 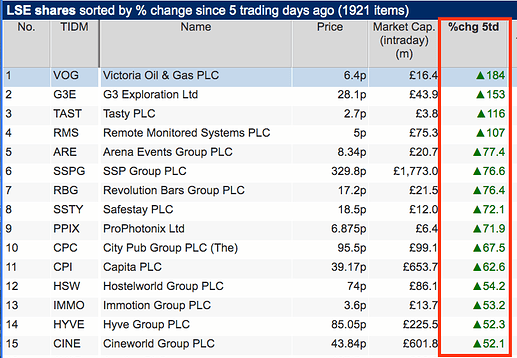 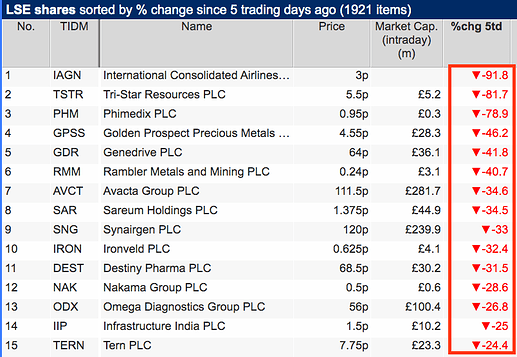 Certainly the distinct market ‘switch’ on Monday reminded me a little of March 2000, when the dotcom bubble finally burst and the market ditched ‘new economy’ tech/media/telecom (TMT) shares en masse to purchase long-forgotten ‘old economy’ stocks such as tobacco and insurers:

I recall the switch back then was more volatile than the SharePad stats now make out, with individual FTSE 100 names up 10% or so on certain days, and leading tech names such as Baltimore, Geo Interactive etc diving significantly. But perhaps my memory is playing tricks.

Anyway, a definite ‘changing of the guard’ occurred during March 2000, and TMT shares would then endure three awful years. Old economy names in contrast led a renaissance of high-yield investing among many private investors.

As to exactly when any workable vaccine is launched and ‘things get back to normal’ remains anyone’s guess. But a lot of resources are being thrown at a vaccine, and at some point surely the pandemic will become under control. This last week may have just been a taster for when that eventually happens.

Most of my portfolio is not greatly exposed to either extreme of this switch and generally sits in the middle-ground. In particular, the latest statements from Andrews Sykes, M Winkworth, S&U, Mincon, City of London Investment and FW Thorpe suggest those businesses have coped relatively well with Covid despite not enjoying the advantage of operating in tech or health. I think results later this month from Mountview Estates will show it coping relatively well, too.

Tristel and Bioventix service the healthcare sector and have prospered. That leaves my two smallest holdings, advert-analyser System1 and restaurant chain Tasty, both of which have been thumped by Covid. If the vaccine news proves a false dawn and further lockdowns occur, certainly Tasty could fail.

For now I am 23% in cash and prefer to invest in the Covid ‘middle ground’ rather than get involved at either extreme of the market gyrations.

Has the vaccine developments and market ructions prompted you to act? I would appreciate any views.