It’s been an eventful couple of weeks for Team17.

First there was an announcement that the company was partnering with Reality Gaming Group to create and sell a MetaWorms NFT collection, based on the their successful Worms franchise. Although this was a digital art project and not an attempt to use in-game NFTs, the announcement triggered a backlash from some of Team17’s third party developers. There was this tweet from Ghost Town Games and this much more strongly worded announcement from Aggro Crab Games, in which they stated that they would not be working with Team17 on future titles. All of this resulted in Team17 backing away from the project just a day later: 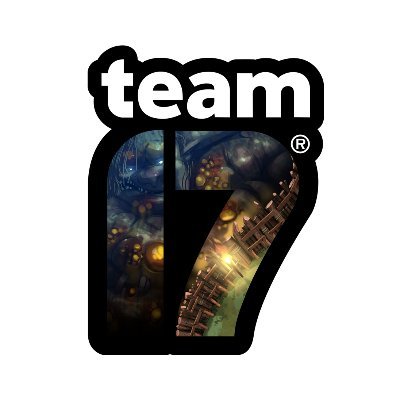 @Team17
Team17 is today announcing an end to the MetaWorms NFT project. We have listened to our Teamsters, development partners, and our games’ communities, and the concerns they’ve expressed, and have therefore taken the decision to step back from the NFT space.

Then, this week a scathing report was released with employees criticising the management and culture at Team17. This has prompted further statements from Aggro Crab and from Ghost Town Games in support of the staff that chose to speak out in the report.

Team17 then did listen to feedback and about-turned, for which they may deserve some credit? I do think the Diectors should have done more research to avoid this PR set-back, though.

That’s what I thought at first. But the directors were apparently told about the likely backlash from staff beforehand

Then, this week a scathing report was released with employees criticising the management and culture at Team17.

As Eurogamer first reported last week, several teams within Team17 had no knowledge of the company’s NFT plan until just prior to its public announcement, while others who were aware for operational reasons had voiced their disapproval - only to be ignored.

It’s a brilliant article, and cites discussions with “more than a dozen employees” – a not insignificant number when the 2020 annual report shows 233 employees. Article does not portray boss Debbie Bestwick in a great light and is required reading for TM17 investors that believe ‘management culture’ is important.

There had also been recent high profile backlashes against NFT projects in the video game industry that Team17’s management would have (or should have) been aware of and apparently disregarded. 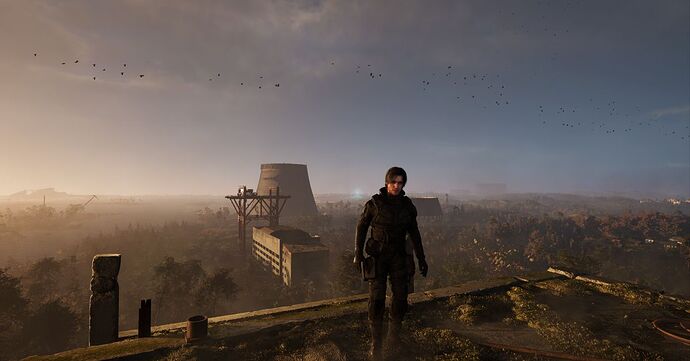 S.T.A.L.K.E.R. 2 will no longer have NFTs after fan outcry

The game will be free of NFTs.

This is an interesting one.

One of the reasons games developers can be very good businesses is that they have unusually high bargaining power with their staff (then there are other reasons too - good product economics and pricing power for example). This is true for video games and also for some other media companies. It’s certainly true for Games Workshop (who to be fair are a games publisher, but of miniature wargames rather than video games). It’s also relevant to some publishers and historically also to things like newspapers.

Basically, what drives this is that lots of their staff are in the industry for love, which has two effects. First, there’s usually an oversupply of people wanting to work in the industry versus the number of available positions. That drives down wages. And then on top of that people will accept potentially a lot less money for a job working on something they really love.

So my immediate reaction with stuff like this is that it probably won’t damage the company long term. But that could be wrong. What would be particularly bad would be signs of industry wide tightness in the labour market or industry wide unionisation, or anything of that nature.

The other thing is that the stuff about Debbie Bestwick is sort of what I’d expect. She’s clearly a very single minded CEO. That can be good or bad really, depending on what her focus is. Overall I’d say it’s probably good here. It’s definitely important that the CEO of a media company resists the temptation to please staff too much, which is a real danger with these companies.

So my immediate reaction with stuff like this is that it probably won’t damage the company long term. But that could be wrong. What would be particularly bad would be signs of industry wide tightness in the labour market or industry wide unionisation, or anything of that nature.

One possibility in the shorter term is TM17 struggling to attract new recruits. Nobody in the comments section from that Eurogamer article seems to be rushing to apply! A follow-up article on Eurogamer stated:

Staff had also suffered through “attrition”, he continued, as a number of staff departures had led to more work for those who remain. Currently, more than 30 vacancies at the studio are waiting to be filled.

“Whilst I can obviously point to the challenges of Covid, the movement of labour, we also have to ensure Team17 is an attractive place to work for potential new hires but also importantly for existing employees,” Pattison said. “This isn’t going to be resolved overnight but it does say to me we have open heads… It means we have a short-term problem of matching headcount to workload. We will get there.”

Vacancies could mean delays to games. Or paying higher salaries to stop others leaving and/or recruiting new people. The follow-up article says TM17 has admitted it “had seen real problems” with staff being overworked. But lacking employees is not untypical in higher growth industries. I guess the situation is better than having too many employees with not enough work to go round.

Regarding damaging the company long term, I suspect upsetting partners may have a larger impact than paying substandard wages. From the original article:

“When Team17 did backtrack, it was following fierce public opposition from development partners such as Ghost Town Games, Aggro Crab, Playtonic, The Game Kitchen and SMG, who spoke up and said they wanted nothing to do with NFTs in their games. Aggro Crab went further, and called on developers to no longer do business with Team17 altogether.”

A danger from all of this could be potential partners becoming dissuaded from approaching TM17, with possible repercussions on growth rates further out.

The other thing is that the stuff about Debbie Bestwick is sort of what I’d expect. She’s clearly a very single minded CEO. That can be good or bad really, depending on what her focus is. Overall I’d say it’s probably good here. It’s definitely important that the CEO of a media company resists the temptation to please staff too much, which is a real danger with these companies.

Agreed on the CEO single mindedness, and there are loads of stories about Gates, Jobs and other company founders being complete gits to worth for. After all, they started the company and the employee has the choice to work there or find somewhere else. Bestwick is not running a charity.

But one or two quotes from the original article make me uncomfortable, e.g.:

Bestwick is, I’ve heard from numerous staff past and present, not shy of discussing aspects of her wealth on social media and in the studio’s open plan office.

One anecdote I have heard from multiple people involves Bestwick asking staff to wrap her family’s Christmas presents for her - and that this occurred over multiple years.

And this, if true, is not acceptable

Staff say they do not have faith in the company’s current HR team, and that it has failed to act when alerted to issues surrounding sexual harassment. Staff have recalled incidents where women at the studio were sent degrading messages and suggestive photos by male colleagues, which were reported to HR. The response, they say, was that these incidents were minimised, perpetrators given a slap on the wrist, and victims told to sort it out amongst themselves. One woman said people were now afraid to go to HR, as they felt they would just be “gaslit”.

The HR allegations are surprising, as one TM17 non-exec acts as HR for Card Factory while another was CEO of SoftCat, a company that prides itself on treating its staff well to ensure exceptional productivity.

Bestwick’s background is sales and marketing and not programming, so maybe she struggles to get involved with the troops writing the games. In contrast the CEO at FDEV wrote the group’s original game and so many find it easier talking about game development and generally getting on with the programmers.

The uproar seems to have boiled over following the NFT announcement. Bestwick seemed happy to ignore her staff, company partners and even the backlash against other publishers that had already gone down the NFT route. The episode does not put her decision-making in a good light and emphasises the notion in the original article of a compliant and protective “management inner circle”.

Initial cash payment for all three comes to £101m, so some pretty hefty spending when trailing operating profit is approximately £28m. Net cash at the last count was £66m, which funds HLL and Label, but TM17 raised £79m from a placing to purchase astragon. The deals now see the board’s ‘people management’ extend to the States and Germany.

Notable inclusion of a prominent “Our People” section in today’s FY21 results, including this line:

“…our working culture is something we are particularly proud of…”

More of an ambition perhaps? Maybe some evidence of issues being addressed with an announcement that all employees would become shareholders and ongoing regular employee engagement surveys:

“During the year, we sought feedback from our Teamsters through separate internal surveys on Reward & Recognition and Employee Engagement. The results told us many great things and that our teams feel incredibly proud of the business and feel part of the Team17 family, but it also pointed to some areas that we can continue to improve upon, and we are actively working on these. We will repeat this engagement survey on a regular basis going forwards and introduce external benchmark input, and updates from these surveys will be published on our website.”

Note also the change in language from the previous year in this entry from the list of key business priorities:

FY20: Continuing to invest in our people and infrastructure, while identifying new creative and commercial talent

FY21: A “People First” approach to investing in our talented teams and infrastructure and nurturing our next generation of creative and commercial talent