Mind + Machines (MMX) ought to be a lucrative business. The company enjoys the right to control 20 top-level domains (TLDs), including .london, .fashion and .surf.

Anybody wishing to create a website using one of those TLDs must therefore (indirectly) pay MMX to register the website name and then renew it (typically every year). MMX’s expenditure in theory could be limited to just the cost of maintaining a TLD registrar database.

The reality for MMX is somewhat different. SharePad shows MMX’s profit history to be up and down: 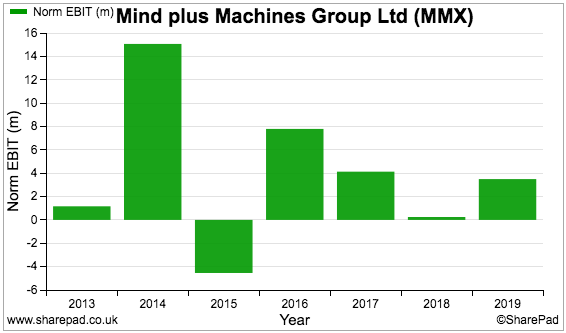 And developments turned for the worse of Friday. The company issued this RNS:

“Further to the announcement of 9 October 2020, the Board has concluded its formal investigation to determine whether certain revenue associated with a specific contract had been correctly recognised in the year ended 31 December 2019 (“FY-2019”) and the six months to 30 June 2020 (“HY-2020”).

The Board believes that revenue attached to the specific contract has been incorrectly recognised . As previously announced, cash of $1.125m was received in connection with the specific contract and revenue of $938,000 was recognised in FY-2019. Following its investigation the Board believes that any cash sums initially received pursuant to this contract should have been classified as a deposit against future sales and then recognised as revenue as the Company’s partner made sales to end-users. To date, the Company’s partner has made $201,900 of end-user sales under the contract.

In addition to the above, the investigation has identified two additional contracts entered into in FY-2019 totaling $790,000 where receipts were incorrectly categorised as revenue. These contracts were offset with payment contracts that have been recorded as deferred charges or capital expenditures, thereby impacting earnings. The reversal of these amounts will not impact the cash position of the Company.”

Oh dear. Looks as if $938k + $790k = $1,728k was incorrectly recognised as revenue during 2019. The associated payments ought to have been classified as a deposit, because the payments were in fact at the time refundable (see here) and so presumably did not meet the IFRS 15 definition of MMX having fulfilled every performance obligation. 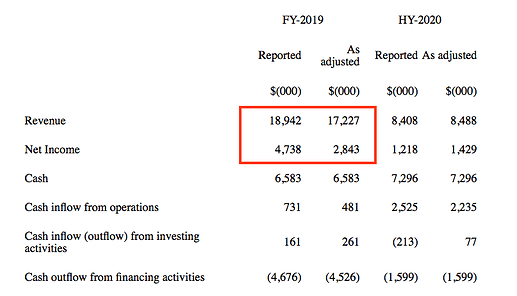 Net income reducing more than revenue feels odd. Looked at another way, revenue from those contracts of $1,715k had (originally) brought in associated profit of $1,895k. The net margin on the contracts in question was therefore 110%!

A quick skim of the annual report sadly does not reveal any obvious sign of optimistic accounting policies.

One doubt that could have been raised (in hindsight) is MMX recognising ‘premium’ domain-name sales as immediate revenue when standard registration and renewal fees are recognised over the registration/renewal period:

The auditors (Mazars) were of course no help, despite acknowledging the potential to “inappropriately shift the timing and basis of revenue recognition”: 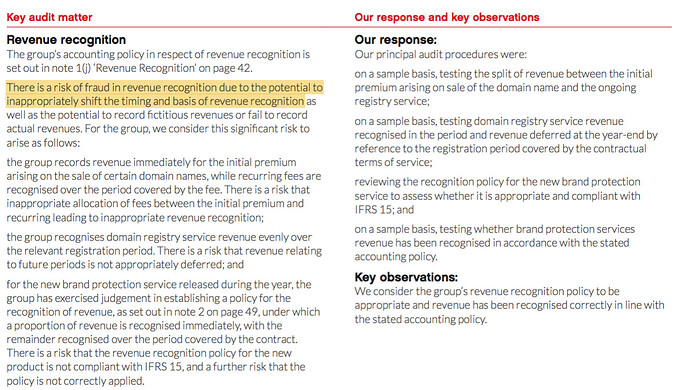 Maybe there was enough other evidence to create doubts for investors before the accounting correction. The two last income statements were blighted by a bevy of adjustments: 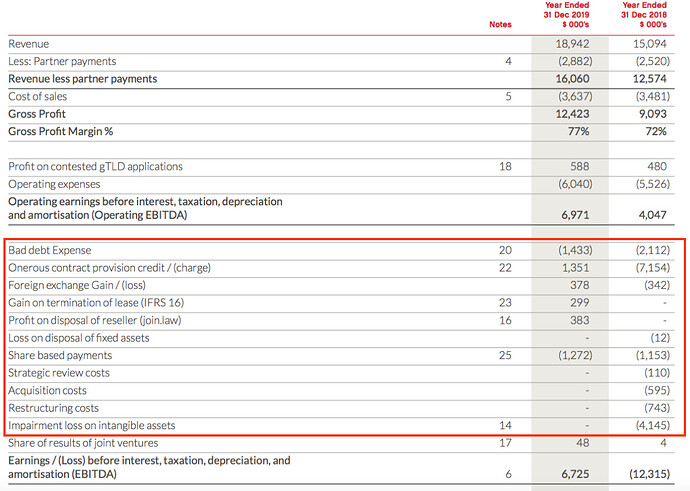 In addition, the business is registered in the British Virgin Islands and acquired ICM – the registrar of four ‘adult-themed’ TLDs – for $31m in 2018.

At the time of the purchase, ICM had sales of $7m, a net margin of almost 50%, renewal revenue at 78% and employed just five full-time staff and three part-timers. Those stats underline the wonderful economics that owning a few TLDs can produce.

Judging MMX’s financial economics is difficult given the group’s haphazard history and accounting mishap. But the business employed just 21 staff last year, which equates to revenue per head of $820k or £631k (based on Friday’s restated figure) and is very impressive. So there is some hope of superior economics perhaps one day shining through:

The CEO and CFO have been fired, so that is a not insignificant saving of c$700k a year, and the firm’s former COO has been re-appointed.

Some useful reaction commentary to MM’s update can be found on Stockopedia. I do not have access to the main SCVR report.

Great Analysis Maynard. The accounting is dubious. Looks like they should have recognized deferred revenue for the cash instead of revenue as they referred to the cash as “Deposits.” I have found that internet domain based markets are quite competitive. There are a lot of business offering domains and domain hosting. Some clever domain investors can make a lot of money, but the the business of hosting and selling domains has attracted competition as can be seen with the likes of Tucows, GoDaddy, Namesilo, etc.

Here is the RNS. Effectively an 8.8p per share bid.

Interesting table from the statement: 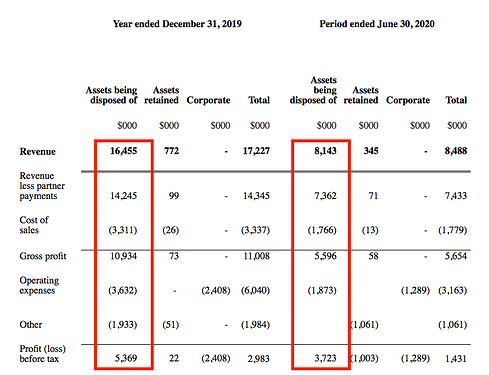 Those stats underline the wonderful economics that owning a few TLDs can produce.

Also of note is the appearance of Stuart Lawley as a disclosable shareholder last month here and here with a 4.4% stake.

“from 2003 he developed ICM Registry LLC that applied for and ran 4 ICANN accredited top level domains (TLD’s) until its sale in 2018 to Minds & Machines a UK Public Company of which Stuart is now a leading shareholder.”

He sold out of MMX during May 2020 at c5-6p. I presume he then saw the accounting error as a buying opportunity at 4-5p. Will now receive 8-9p from Godaddy.

More on Mr Lawley here. Looks to have a colourful industry background, but seems to have invested well in the sector.