IDOX (IDOX): When A Cash Bidder Walks Away

A worrying RNS for IDOX this week:

"Following Dye & Durham’s well established and customary due diligence review process, the Company has come to the conclusion that it cannot support an acquisition of Idox at a price consistent with those originally contemplated, being 67 pence, 70 pence and 75 pence per Idox share.

We thank Idox management for their time and consideration of this transaction."

"Dye & Durham confirms it has submitted three non-binding indicative proposals of 67 pence, 70 pence and 75 pence per Idox share, payable in cash, to Idox’s board of directors on February 9, 2021, February 17, 2021 and February 18, 2021… Dye & Durham has evaluated this acquisition and the strategic rationale for some time…

On a daily basis, Dye & Durham’s many customers across the United Kingdom access the public record information Idox’s software manages, allowing them to manage their information and regulatory requirements."

Of the face of it the D&D offer looked highly likely to succeed. A prolonged evaluation, three indicative submissions, had the money to buy, IDOX’s board engages and post-purchase integration benefits to be enjoyed. And yet D&D has suddenly walked away.

"The Board has engaged constructively with Dye & Durham, maintaining a very clear view of the potential value of the business to its current owners. These discussions have come to an end. Idox remains confident in its future as an independent company and its potential to create further shareholder value."

The reply suggests a disagreement on valuation, which is the standard City explanation for any bid talks being called off. But I think D&D’s decision to walk away implies nasties may have been unearthed.

That said, a skim through IDOX’s 2020 annual report does not reveal anything obviously untoward despite all the references to adjusted Ebitda. I could not find any awkward working-capital cash movements or excessive intangible expenditure beyond the amortisation charge: 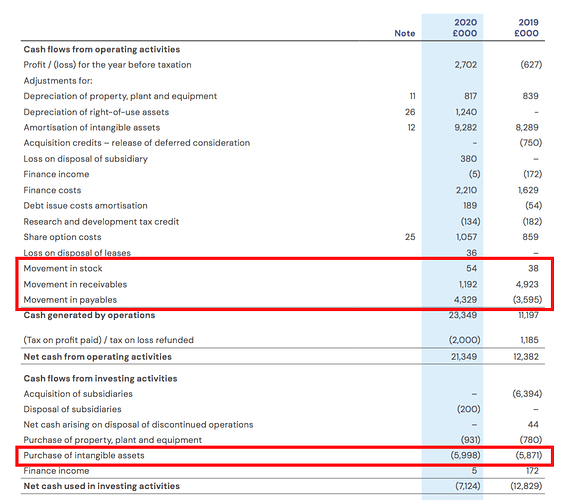 But restructuring costs have not been insignificant: 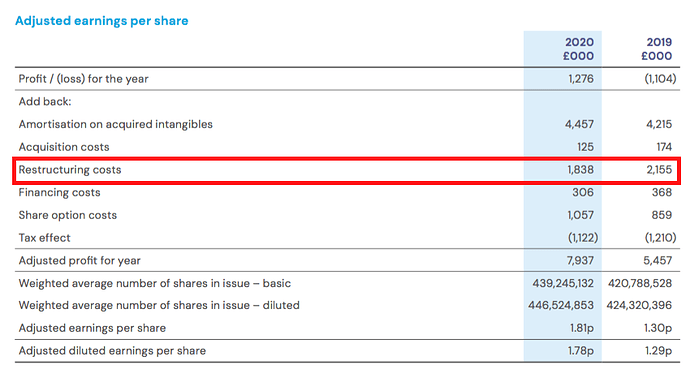 And net debt reported as £16m could arguably be a sizeable £36m if you exclude the upfront customer payments (deemed as ‘contract liabilities’) from the reported £31m cash position: 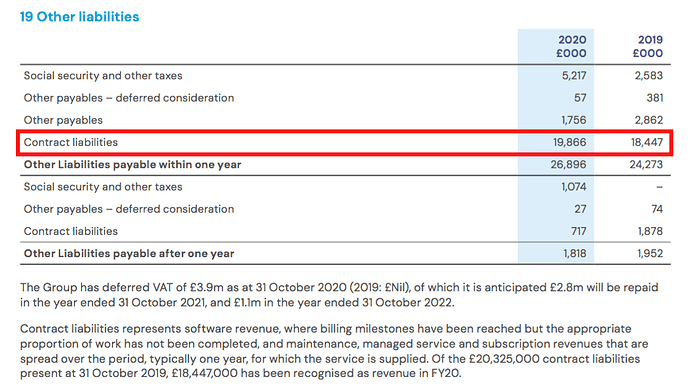 So a bit of a mystery – and whether D&D has actually found something nasty at IDOX remains to be seen. D&D’s own financials always refer to adjusted Ebitda, too, so its directors ought to understand IDOX’s accounts better than me. All told, this situation feels worrying for IDOX investors.

I am sure there are other examples, but the IDOX situation reminds me of James Halstead looking at AIREA a few years ago. I said:

"JHD’s management spent up to seven weeks looking at AIEA — and had the financial resources, long-term perspective and cost-cutting abilities to justify a rich take-out price. And yet JHD’s executives still walked away.

AIEA’s shares have since dropped from 60p to 32p to support a market cap of £13m – easy enough for JHD still to acquire with £67m in the bank. And yet JHD no longer seems interested. I maintain JHD walked away due to something other than valuation. Perhaps AIEA investors ought to have then walked away, too?