I have been catching up with Keith Ashworth-Lord’s (KAL) Buffettology factsheets. This extract from the June update caught my attention:

“On 30th April, we invested in the IPO of Darktrace where dealings went unconditional on 6th May. This is a business that I have known and watched for several years now, having become acquainted with it by virtue of research on the market for the assurance division of NCC. It is the world’s first ‘cyber AI’ company, having been founded in Cambridge 2013 by the combination of cyber experts working on national security with mathematicians with an interest in machine learning. The company’s AI Immune System Approach is self-learning, providing a surgical response to a breach at machine speed. This is the key differentiator and where the IP and economic moat lies. The analogy here is the human immune system which learns what is normal and what is abnormal and acts accordingly. A notable client list counts Siemens, Vodafone, Coca-Cola among 4,500+ customers in 110 countries, with North America the main overseas market. The road to profitability in the medium-term is, we contend, based on projected sales growth of around 30-35% p.a. and mid 20% operating margins. Apart from the current financials – which we are confident will rectify in time – Darktrace ticks all the boxes of our Business Perspective Investing checklist.” 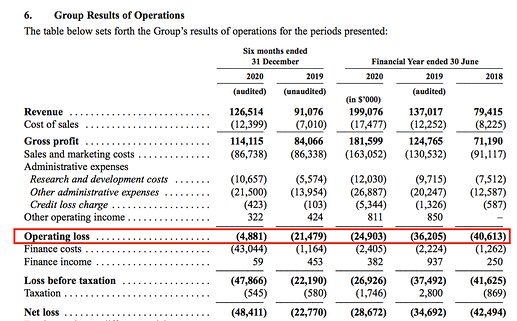 "Darktrace now expects a year-over year increase in its constant currency ARR of between 32% and 34% (previously 26.5% to 29.5%). It also now expects year-over-year revenue growth of between 29% and 32% (previously 27% to 30%), considering normal quarterly seasonality patterns and particularly, typically soft first-quarter sales. "

I would welcome any insight/comments on DARK or KAL’s decision to invest.

I’m ashamed to say I purchased a small amount based just on KAL’s recommendation, and the sector involved. The thing almost bagged and I sold half effectively leaving myself in for free. I deserved to lose money for listening to someone else and not doing my own research, however I intend to ‘coffee can’ my current holding for the long term. Totally undeserved!

There is a US legal issue with ex DARK director, Mike Lynch, over his sale of Autonomy to Hewlett Packard (the US say there were accounting irregularities in Autonomy’s books- I have no idea who is right). Mr Lynch currently owns 4.4% of Darktrace and this could draw the DARK into US money laundering legal issues (presumably because the Autonomy sale proceeds may have been invested in DARK), with Mr Lynch being extradited to the US. There was a disclosure of this in the DARK admission document. A Court ruling in favour of Mr Lynch’s extradition may have caused the recent sp weakness, but he can still appeal this.

My take is that KAL may think this is a platform / network business similar to RMV or Softcat, where revenue growth of 30%+ will eventually lead to huge EPS increases.

Well, KAL is a good source of ideas but perhaps not the most reliable approach to adopt! Good point on Mike Lynch. The flotation document is full of risks related to the Autonomy sale, although I would not say they would directly impact DARK’s ability to develop and sell its software. Mr Lynch’s wife owned 12% of DARK at the float, too. (Not sure if the Lynchs have made more money on DARK than Autonomy.)

Good point on the network effect. I wonder if DARK’s software improves in proportion to the number of clients involved i.e. – a virus attack ‘learnt’ on one client site can then be applied to all client sites. Once you have a critical mass of clients that has generated significant AI ‘learning’, a copycat could find challenging DARK difficult. WordPress security plugins (e.g. Wordfence) use a similar ‘network’ approach, although the coding is somewhat less sophisticated than DARK’s!

thanks for these notes Maynard. DARK is a co that I have on a list to minitor for now, as I find the current price not attractive enough to make an investment, and as with most IPOs I expect there somewhere along the near future will be some kind of unexpected or untoward event that will create a more preferable chance for me to take a starter stake.

I did take some time to check their website, specifically careers and they had a multitude of engineering and matematician roles available, so I really got the sense of a confint company with plans to go places and execute.

The toruble I find with these kind of stocks is, as you say, can we ever undertstand enought, truly, to determine how much of a competitive moat they command. or a bit like google, do we have to take it in fath and let the future prove that for us. It is certianly a refreshing approach to the cyber problem which until now has seemed to be a case of ‘check all the doors are shut and store the key locks somewhere safe’ now we are talking proactive monitoring of large corporation estates. that is quite a position of trust, and assuming it works then could generate them multi year tie in revenues from customers too scared to leave…

This is an interesting one.

Firstly, the Lynch/ Autonomy thing is a total non event for Darktrace. It’s the kind of thing the lawyers can get worked up about and put risk factors in the prospectus, but it’s just irrelevant to a Darktrace shareholder (although not to Mr Lynch, obviously).

I’ve watched KAL for a while. He’s a very interesting investor, and Dark is a very interesting company. On KAL first of all, it’s a bit much calling yourself a Buffettologist and then buy into richly valued IPOs of companies that aren’t even profitable yet! I agree with Maynard that this seems quite far removed from what made him successful. I’d question a little bit whether he really understands this business (the competitive dynamics in particular). His problem is twofold as I see it. Firstly his fund has got big and so he has to buy big companies now, even though some of his big successes were smaller companies like GAW that had potential that then exploded. It’s possible to do well in big companies obviously, but it’s harder - and he’s not been totally honest about this in my view.

Secondly I wonder whether he’s suffered a bit of style drift. Darktrace and other purchases, like Rollins, have been very very expensive. Rollins for example is an excellent company but I reckon he bought it on a 40x p/e or something like that. That’s a hell of a valuation headwind and more importantly, it doesn’t leave any margin of safety. It’s a strategy that has worked recently, though, but for me it’s a bit of a failure if a professional can’t find a few investments of equal quality at better prices than that. To be fair, this is certainly harder if you have to look at big companies only. And at least with Rollins you’re certainly talking about a quality company. I wasn’t convinced by his purchase of Berkshire either. Berkshire isn’t the business it used to be - it’s got a fair few capital intensive companies now, like BNSF, the utilities and suchlike - and I see it suffering poorer returns in future. If it does a lot of buybacks and maybe starts paying a dividend it could do well though.

On DARK - it’s the kind of thing that could do very well. You could imagine clients feeling really quite locked in once they have subscribed to DARK’s services, and high customer retention is usually the sign of a good or even great business. However, it’s difficult to assess growth, margins and capital allocation, so it’s tricky to come to a view.

Firstly, the Lynch/ Autonomy thing is a total non event for Darktrace. It’s the kind of thing the lawyers can get worked up about and put risk factors in the prospectus, but it’s just irrelevant to a Darktrace shareholder (although not to Mr Lynch, obviously).

I’m interested from which stand-point are you saying there is no risk from the ‘Lynch/Autonomy thing’?

Are you a corporate lawyer, or is it from past experience that you say this and if so, which experience? Or is it just a feeling that you have?

I am no lawyer, but if the company was set up with fraudulent funds I would think under money laundering regulations Darktrace could be banned from trading with US companies? Why would this not be one possible outcome?

Nonetheless DARK does show KAL is willing to invest in sectors and at valuations that traditional Buffettologists may feel uncomfortable. Whether buying DARK leads to KAL buying further ‘rich’ IPO valuations remains to be seen.

Pretty sure KAL has bought more DARK. Latest Buffettology factsheet (for the month of August Buffettology Fund Fact Sheet 2021.9.pdf (806.1 KB)) shows DARK in 8th position at 3.14%, whereas previous factsheets never disclosed DARK as a top 10 position. Rough sums based on month-end share prices suggest DARK is now a £57m investment with c9.2m shares versus a £51m investment with c6.6m shares at the end of July.